The Cash Deposit Limits in accordance with the new policy-

On November 8th, 2016, a vicious decision was made for the brutally corrupted people and that was to ban Rs. 500 and Rs. 1000 notes as a legal tender in India, after the decision came under implementation there is going huge crisis found in the market, and the puzzlement is going on everywhere. It feels as if the demonetization has taken has taken the form of money chaos. And, with the ongoing bewilderment, there is an alert Information is issued in an announcement regarding the cash deposit to be made by the Single person in the bank is until the 30th December.

The announcement that is made in it, the Government has warned that Cash Deposits, above Rs. 2.5 lakh during the 50 day period of returning Rs. 500 and Rs. 1000 notes could be taxed and the over and above a 200% penalty would be applied to that deposits if those deposits don’t match with the declared income in the last ITR.

We all have to keep few things in mind about the PM and the most important thing is PM Modi’s statement, “don’t blame me for any harsh steps,”

The Finance Ministry has made a very pellucid indication that whatever amount has been deposited in the bank account, that amount is just open for the tax scrutiny.

The Revenue Secretary in a statement said, “We would be getting reports of all cash deposited during the period of 10th November to 30th December above a threshold of Rs 2.5 Lakhs on every account. The department would do matching of this with income returns filled by the depositors. And suitable action may follow.”

According to the notification and implementation of the demonetization policy, here is the 4 Points that one need to take care, while depositing the money in the account 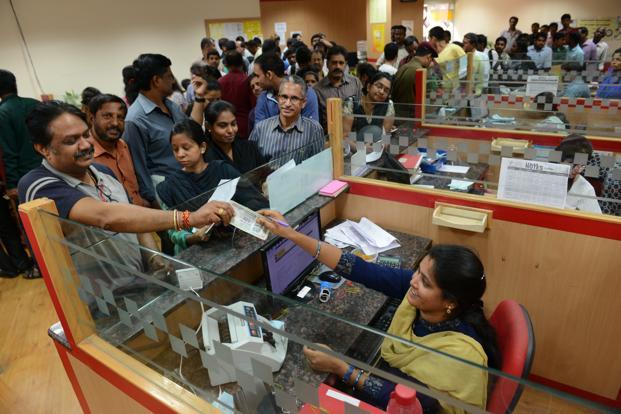 Deposit the money, If you can explain the Source-
It has been clearly announced by the Government that the government is nowhere in a mood to spare the tax evaders, so while depositing the cash in the account you have to keep in mind that the source of the deposit should be very clear as from the reforms and instructions, it is quite clearly indicated that 80% cases would fall under the Income Tax Scrutiny at a later date.

Don’t think that Paying Tax and Depositing the money is not the only solution
if you think that one could just deposit the money and pay the taxes, according to the slab and the government, who is not a bit but quite strict this time would spare you easily, please stop thinking that and beware, as this solution is not going to happen.
The government is keeping an eagle eye on your cash deposit and already has instructed the IT Department to closely monitor all the person filed ITR and the disclosures, if they find any misreporting and income were escaping measure, that point will simply attract a penalty of 200%.

The Small Business, Housewives, freelancers do not need to worry at all-
The Small Business, Housewives, freelancers, if they are having some cash in Hand, which they have saved or earned in their daily life, do not need to worry about scrutiny and the assessment.
As whatever amount is deposited by these persons is in any case id below the tax threshold limit or in a limit of Rs. 3 to 4 Lakhs and the government has made their point clear that they have their eye on big and medium fishes and it doesn’t matter whether it’s odd or queer.

Just Buying Gold, Bullion is not going to be the safer option
For Buying the Gold, Bullion, the most important thing one should have is the PAN Number and it is mandatory, and In another announcement of the government, they have clearly instructed the field authorities to check with all the Jewelers to ensure this requirement is not at all compromised.
The instant action would be taken against those Jewelers, who fail to take PAN numbers from any such buyers. When the cash deposits of the Jewelers is scrutinized against the sales made, whether they have taken the PAN number of the buyer or not will also be checked properly.

There is No Immunity for the Black Money in Modi’s Government
“Black money isn’t anyone’s basic right,” Jaitley said.
The PM of our country has already appealed to people to disclose the unaccounted money up to 30th September 2016 under the Income Declaration Scheme (IDS) and also indicated that strong steps would be taken to eradicate black money if the people don’t comply.

No need to panic, or to feel confused just try, to be honest enough for your country, and deposit the amount without any fear if you indeed are account for that. This step is a quite bold and historic step in the history of India, and possibly this will help India to become a superpower in the future. A country where black money is eradicated and funding to political parties and intuitions become visible and pellucid; that country will surely become a shining and powerful country very soon.