Upholding that the current Indian economy is going in a right track, Arun Jaitley, the present Finance Minister changed the Union Budget of India for the financial year 2016-17. In the Budget for the fiscal year 2016-17, few changes have been mentioned in the rules and guidelines concerned to the Income Tax Department and the E-filing Income Tax Returns that must be submitted by the tax payers to the IT department. Here are the significant changes that were made by the Finance Minister and how these changes will be applicable to the tax payers. Just have a look at the following major changes.

Previous Budget: As per the rule of previous financial year 2015-16, the tax payers must file their income tax return if their gross taxable income is greater than the basic limitations of tax that are applicable for the tax payer without incurring any kind of tax saving deduction. 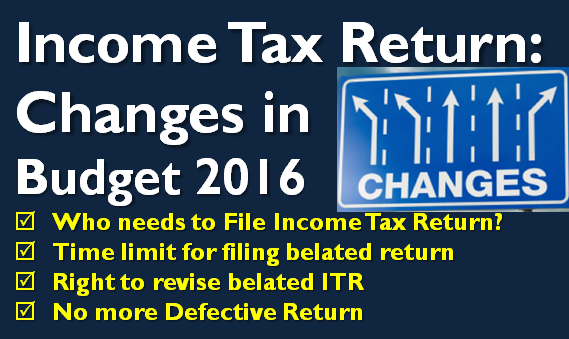 Changes to Current Budget 2016:As per the rules changed according to the current Budget 2016, the tax payers must file their IT Returns if their gross income is greater than the basic tax limit applicable for the tax payer without incurring any kind of tax saving deduction. The gross income as mentioned above would also comprise the long term capital gains grossed on sale of shares or parity based mutual funds where STT (Securities Transaction Tax) has been paid which are tax free under the section of Income Tax 10(38).

The exceeding capital gains that must be shown as exempted income in the Income Tax Returns form until previous year has been changed in the current budget 2016. This significant change has been made as a rule in the new Budget 2016 in order to cover people who have grossed considerable long term assets but do not file IT returns.This would also applicable to the people who ought not to any taxable income but their long term assets go beyond their normal tax income limit. 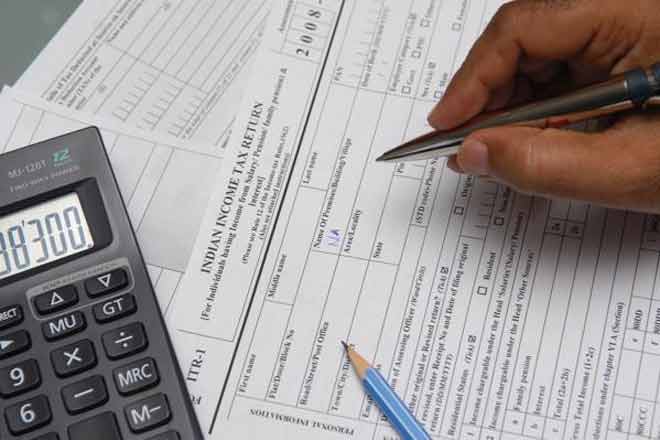 The basic tax income limit for the current fiscal year 2016-17 is as follows:

Previous Budget:Earlier, as per the rule in filing the Income Tax returns, the tax payer could file their belated or delayed income tax returns within 2 years from the corresponding financial year till its end.

Changes to Current Budget 2016:As per the latest changes made in the Budget 2016, if the tax payers do not file their Income Tax Returns before the due date i.e., 31st July, then it is called as belated return. As per the new change, the tax payer could file their belated Income Tax returns only within one year from the end of financial year 2016-17. 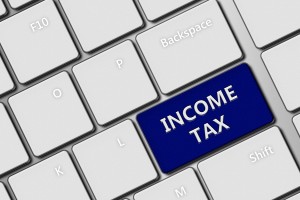 Previous Budget:As per the existing rule in the previous fiscal year, the tax payer cannot revise their IT returns if it has been filed after the completion of the deadline of July 31.

Changes to Current Budget 2016:As per the current Budget 2016 and according to the new changes, the tax payer can file revised return multiple times within a period of 1 year from the end of financial year.

In any of the case, if the tax payers do not file your Income Tax Returns within the due date, the tax payer would drop your right to carry onward damages.

Previous Budget:As per the existing rules in the previous budget of Income Tax, assessing officer can consider ITR as defective under specific conditions. In such a condition, the tax payer will be provided a period of 15 days so as to correct their mistake. If the mistake is not rectified by the tax payer, the filed ITR will be regarded as invalid. Such returns are considered as defective return.

Changes to Current Budget 2016:As per the new changes in the Budget 2016 eliminates the above mentioned condition for calling it as ITR defective. As per the latest rule, the ITR can be filed without the need of paying complete taxes and it would be regarded as valid return. However, the tax payer must pay the due amounts alongside the interest for filing ITR after the due date.

All the new changes that have been implemented in the current Budget of the financial year 2016-17 are almost beneficial for all the tax payers. We strongly advise you to begin filing your ITR right now before July 31 i.e., which is the due date for filing IT Returns.